A pandemic is an outbreak of global proportions. It happens when infection due to a bacterium or virus becomes capable of spreading widely and rapidly.The disease behind a pandemic can cause severe illness and spread easily from one person to the next.As of March 2020, the world is currently dealing with a global outbreak of… 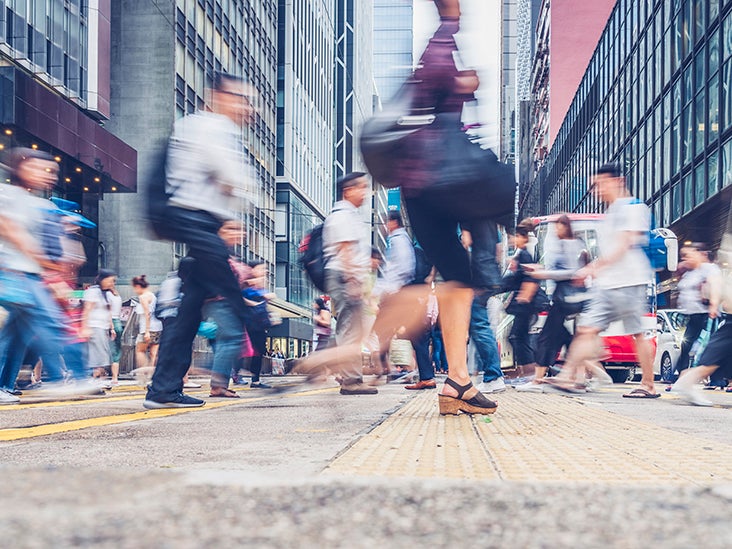 A pandemic is an outbreak of global proportions. It happens when infection due to a bacterium or virus becomes capable of spreading widely and rapidly.

The disease behind a pandemic can cause severe illness and spread easily from one person to the next.

As of March 2020, the world is currently dealing with a global outbreak of COVID-19. On March 11, the World Health Organization (WHO) advised that this disease has the characteristics of a pandemic.

Many governments have now restricted free movement and placed populations under lockdown to limit the spread of the pandemic.

In this article, we discuss the difference between epidemics and pandemics, how pandemics start, and future concerns.

Share on PinterestDuring a pandemic, governments may restrict free movement and put populations under lockdown.

According to the WHO, a pandemic involves the worldwide spread of a new disease. While an epidemic remains limited to one city, region, or country, a pandemic spreads beyond national borders and possibly worldwide.

Authorities consider a disease to be an epidemic when the number of people with the infection is higher than the forecast number within a specific region.

If an infection becomes widespread in several countries at the same time, it may turn into a pandemic.

A new virus strain or subtype that easily transmits between humans can cause a pandemic. Bacteria that become resistant to antibiotic treatment may also be behind the rapid spread.

Sometimes, pandemics occur when new diseases develop the ability to spread rapidly, such as the Black Death, or bubonic plague.

Humans may have little or no immunity against a new virus. Often, a new virus cannot spread between animals and people. However, if the disease changes or mutates, it may start to spread easily, and a pandemic may result.

Seasonal influenza (flu) epidemics generally occur as a result of subtypes of a virus that is already circulating among people. Novel subtypes, on the other hand, generally cause pandemics. These subtypes will not previously have circulated among humans.

A pandemic affects a higher number of people and can be more deadly than an epidemic. It can also lead to more social disruption, economic loss, and general hardship on a wider scale.

Writing in March 2020, the current pandemic has had an unprecedented impact across the globe.

COVID-19 is a disease that develops due to infection with a type of coronavirus. The virus started causing infections in Wuhan, China, before spreading internationally.

On the recommendation of the WHO, more than one-third of the world’s population is on lockdown. Several countries — including the United States, United Kingdom, India, and China — have closed their borders, affecting global travel and industry.

People in many countries have also lost employment as a result of “nonessential” businesses closing to restrict the spread of the virus. Restaurants, gyms, religious buildings, parks, and offices have closed in many places.

A pandemic can also increase the pressure on healthcare systems by raising the demand for certain treatments.

People with severe COVID-19 symptoms use more ventilators and beds in intensive care. As a result, resources may be in short supply for others who need this equipment.

However, countries have put in place measures to counter this. For example, the U.S. government has requested that companies, including Ford and General Motors, start making respirators, ventilators, and face shields to meet increased demand.

Authorities hope that these emergency manufacturing measures and the restrictions of movement — which have a worldwide economic and social impact — will slow the spread of the disease.

Countries are collaborating on sourcing medical equipment and developing a vaccine, even though it may not be available for months or even years.

Learn more about the symptoms of COVID-19 here, as well as how to reduce the spread.

A pandemic can occur when a type of influenza virus, known as the influenza A virus, mutates suddenly.

This change can result in what the body sees as a completely new virus. The major and abrupt change from a recognizable virus to a new one is called an antigenic shift.

On the surface of the virus are HA proteins and NA proteins. If one or both of these change, a new influenza A virus subtype can result. Influenza viruses have an H figure and an N figure. Swine flu, for example, is also known as H1N1, while avian flu has the subtype H5N1.

If a flu subtype gains the ability to spread rapidly between people, a pandemic may result.

After the pandemic emerges and spreads, humans develop some immunity over time. The virus subtype may then circulate among humans for several years, causing occasional flu epidemics.

Various organizations around the world, such as the WHO and the Centers for Disease Control and Prevention (CDC), monitor the behavior and movement of influenza viruses.

Their findings help health authorities develop strategies for controlling the spread and impact of influenza.

The Spanish flu pandemic, from 1918 to 1920, claimed 100 million lives. Experts consider it the most severe pandemic in history. The Black Death was fatal for more than 75 million people in the 14th century.

Some pandemics that have occurred throughout history include:

Animals carry some viruses that rarely spread to humans. Sometimes, these viruses can mutate and become transmissible to and between people.

When an animal virus first passes to humans, health authorities focus on it as a potential pandemic. This transmission indicates that a virus is mutating and might become highly contagious and harmful.

Swine flu and avian flu are viral diseases that were common in pigs and birds, respectively, but not humans. This changed once an antigenic shift occurred.

In recent years, there has also been concern about viruses that experts have linked to camels (Middle East Respiratory Syndrome, or MERS-CoV) and monkeys (Ebola).

Find out more about the flu.

The WHO have a six-phase program for identifying potential flu pandemics:

According to these definitions, the COVID-19 pandemic is currently in phase 6.

Medical science has advanced rapidly in recent years, but it is unlikely ever to offer full protection from a possible pandemic because of the novel nature of the diseases involved.

Humans would not have natural immunity to a newly mutated disease, meaning that it could have severe effects after spreading between people.

The following have been or continue to be potential causes of concern:

Coronaviruses have caused concern due to their potential to lead to pandemics in recent years. Examples of coronavirus infections, in addition to SARS-CoV-2, include SARS and MERS. In March 2020, SARS-CoV-2 was the first coronavirus to reach a pandemic level, by causing COVID-19.

Previously, health agencies and government bodies managed to prevent coronavirus infections from becoming more than localized epidemics. MERS is still active, but outbreaks occur on a much smaller scale and less frequently.

COVID-19, on the other hand, has reached every continent except Antarctica.

Viral hemorrhagic fevers, including those that the Ebola and Marburg viruses cause, could become pandemics. However, close contact is necessary for these diseases to spread.

Modern surveillance systems, lessons from the most recent Ebola outbreak in West Africa, and an experimental vaccine offer hope that authorities can deal with future outbreaks swiftly, increasing the chances of disease containment.

Antibiotic resistance is also a major concern. Resistant strains of tuberculosis are among the most worrying.

A 2016 study estimated that almost half a million new cases of multidrug-resistant tuberculosis (MDR-TB) occurred globally in 2013.

Wild birds are natural hosts for a variety of influenza strains.

Rarely, these influenza strains pass from birds to humans, sparking epidemics with the potential to become pandemics without active surveillance and containment measures.

Avian flu (H5N1) is an example of this. Authorities first identified the strain in Vietnam in 2004. It never progressed beyond epidemic levels, but the virus’s potential ability to combine with human flu viruses is a concern to scientists.

The largest Ebola epidemic took place in Liberia and the surrounding West African nations from 2014 to 2015.

Significant efforts to contain the spread prevented Ebola from turning into a pandemic, even though some people developed the infection overseas.

Ebola has recently resurfaced in the Democratic Republic of Congo, and the WHO are monitoring the situation.

Pandemics are diseases that break out on a global scale. Diseases that spread from animals to humans are often the cause.

From Europe’s Black Death during the Middle Ages to the Spanish flu around the time of the First World War, pandemics can change the course of society for many years to come.

The current pandemic, COVID-19, is causing disruption across the entire world.

For live updates on the latest developments regarding the novel coronavirus and COVID-19, click here.