A pandemic is the global outbreak of a disease. There are many examples in history, the most recent being the COVID-19 pandemic, declared as such by the World Health Organization on March 12, 2020. Pandemics are generally classified as epidemics first, which is the rapid spread of a disease across a particular region or regions. The… 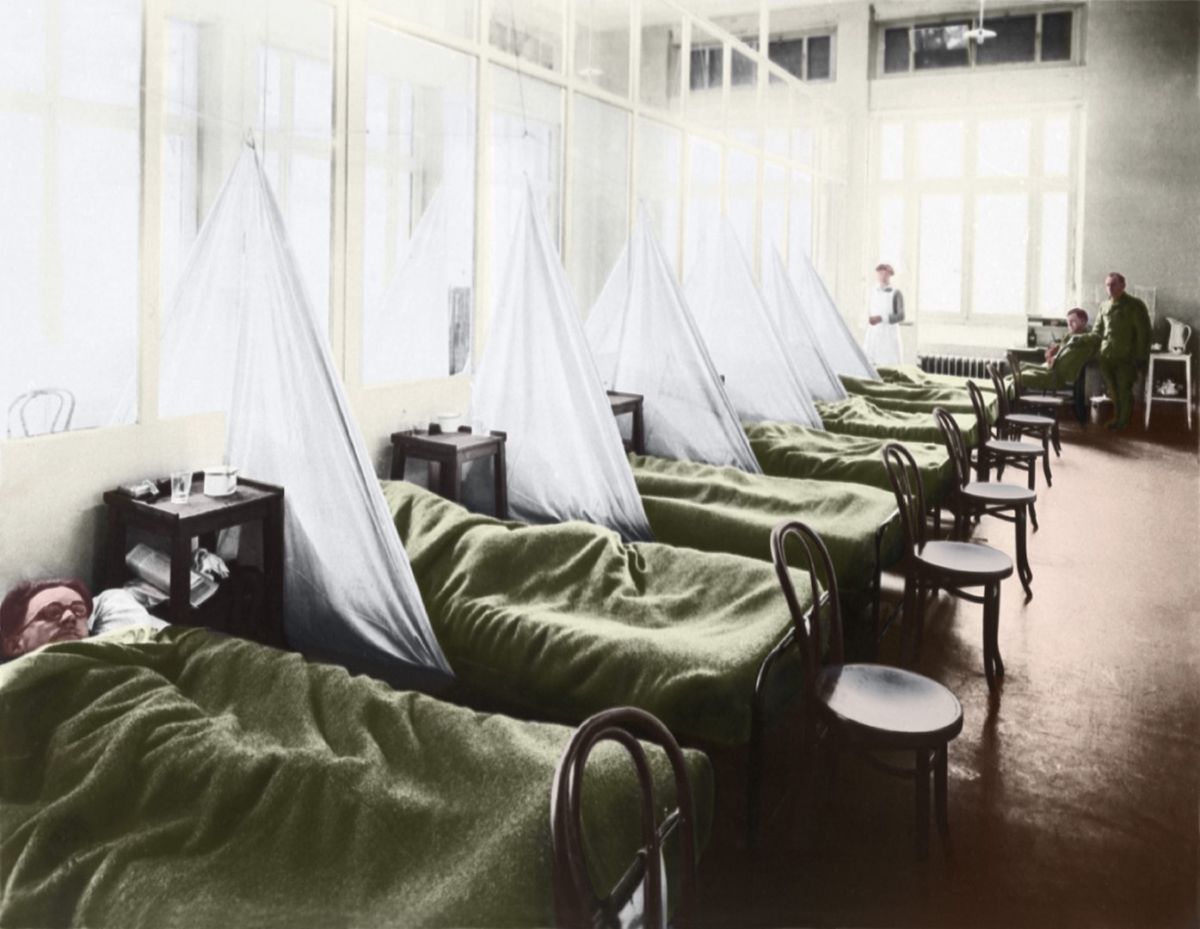 A pandemic is the global outbreak of a disease. There are many examples in history, the most recent being the COVID-19 pandemic, declared as such by the World Health Organization on March 12, 2020.

Pandemics are generally classified as epidemics first, which is the rapid spread of a disease across a particular region or regions. The Zika virus outbreak that began in Brazil in 2014 and made its way across the Caribbean and Latin America was an epidemic, as was the Ebola outbreak in West Africa in 2014-2016. The U.S. has been experiencing an opioid epidemic since 2017 because of the widespread misuse and high numbers of deaths caused by the drug, according to the U.S. Department of Health and Human Services.

COVID-19 began as an epidemic in China, before making its way around the world in a matter of months and becoming a pandemic. But epidemics don’t always become pandemics, and it’s not always a fast or clear transition. For example, HIV was considered an epidemic in West Africa for decades before becoming a pandemic in the late 20th century. Now, thanks to advances in modern medicine, HIV is considered endemic, which means the rate of the disease is stable and predictable among certain populations, according to the American Medical Association.

Most virus pandemics have been caused by influenza (flu) viruses. Flu viruses can change from season to season and while health professionals are pretty good at predicting how the virus will change, occasionally a new virus pops up that doesn’t behave as predicted. That’s when a pandemic is most likely to occur because most people don’t have immunity to the new virus.

The most deadly pandemic in history was the Spanish flu of 1918. The virus infected an estimated one-third of the world’s population and was responsible for causing between 20 million and 50 million deaths — that’s an estimated 1% to 3% mortality rate. The virus didn’t originate in Spain, but the country was the first to report on the outbreak, so people began calling it the Spanish flu (the Spanish thought it started in France and called it the “French flu”).

Demonstration at the Red Cross Emergency Ambulance Station in Washington, D.C., during the influenza pandemic of 1918 — the deadliest pandemic in history.  (Image credit: Library of Congress)

The 1957-1958 Asian flu pandemic was triggered by a new strain of influenza A virus (H2N2) that emerged in East Asia, according to the Centers for Disease Control and Prevention. The virus killed an estimated 1.1 million people worldwide, which corresponded to an estimated death rate of 0.019%, according to a study published in The Journal of Infectious Diseases.

The 1968 Hong Kong flu pandemic was caused by a new strain of the H3N2 virus that arose in Southeast Asia. Again, the pandemic earned its name because of where initial news reports of the outbreak originated, and not because of where the virus originated. The Hong Kong flu killed an estimated 1 million people worldwide, or about 0.03% of the world’s population, according to the CDC.

The H1N1 swine flu pandemic of 2009-2010 was caused by a new strain of the same virus that caused the Spanish flu — the H1N1 virus. The swine flu infected an estimated 700 million to 1.4 billion people, which was far more in absolute terms compared with the Spanish flu. But the mortality rate was far less, at an estimated 0.01% to 0.08%, according to an analysis published in the journal The Lancet.

Seasonal flu is a year-round disease burden across the globe and although the vaccine is effective, deaths from flu-related illness still occur. The World Health Organization estimates that seasonal influenza typically causes 290,000 to 650,000 deaths per year.

Other notable pandemics in history

One of the most famous pandemics in human history was the Black Death, a global outbreak of bubonic plague between the years of 1346 and 1353. The disease is caused by the bacterium Yersinia pestis, and resulted in the death of somewhere between 30% and 60% of the  population of Europe during the mid-14th century, although experts believe the disease originated in Central Asia decades earlier.

The first cholera pandemic occurred in 1817 and originated in Russia, where 1 million people died, according to History.com. The bacterium was transmitted to British soldiers, who carried it into India and eventually the rest of the world.

Related: Cholera, other illnesses may spread with climate change

The Russian flu of 1889 is considered the first major flu pandemic. It likely started in Siberia and Kazakhstan before making its way west to Europe and across the Atlantic Ocean to North America and later Africa. By the end of 1890, an estimated 360,000 people had died from the Russian flu, according to History.com.

HIV, which is the virus that causes AIDS, likely developed from a chimpanzee virus that was transferred to humans in West Africa in the 1920s. The virus made its way around the world and HIV/AIDS was a pandemic by the late 20th century. An estimated 35 million people have died from the disease since its discovery, but medication developed in the 1990s now allows people with the disease to experience a normal life span with regular treatment. Even more encouraging, two people have been cured of HIV as of early 2020.