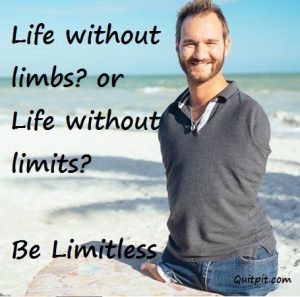 True Motivation is what most of the people search in their life to get success but still remains at the starting line. Just don’t quit in the pit. The world is filled with true motivational stories of real life, real persons:

Here are some Real stories of Real persons which can give a spark and a kick start to follow what you really want to pursue. True motivational Stories of True heroes.

Do You Think? your life is full of struggle

If you are interested in the short stories of Freedom Fighters, here I have an exact post answering your question. Click and know the stories of popular freedom fighters in short.

Some Common Man Stories with morals

Relate your life with some of these real-life stories. Some may have the same desires as you do and some may have the problems as you do. But still, they are listed here in true motivational stories. So, it’s high time to set aside the excuses and reasons. Move forward, take the step.

Emilia Clarke had to film the second season of Game of Thrones. Brain surgery was not part of the plan. Don’t quit in the pit. She was at the gym when she felt like an elastic band was squeezing her brain. She crawled to the bathroom and sank to her knees in front of the toilet. She was trying to recall her lines form Game of Thrones when a woman found her lying on the floor.

A short story of Shakira, a Colombian singer. Her life is a real success story with failures and obstacles. True motivational stories. A girl with a dream to be the voice of all whose voices are not heard. Her teacher told her that she had the voice of a goat. But what she believes is what mattered and helped her to be successful. Continue Reading.

Most talented and renowned artists of the decade. A self-made man who followed his passion, his love for acting and traveled a journey from an ordinary person to the list of Forbes India’s celebrity 100. His journey is really motivational for all the struggler out there who wants to be an actor. Continue Reading.

She ate her school lunch in the bathroom. In America, Priyanka Chopra was bullied for being  Indian, And her classmates called her names like “Brownie and curry”. Their cruel taunts broke her spirit and caused Priyanka to question who she was. During lunch period she hid in the bathroom to eat her food. Then what happened is what made it True Motivational Stories. One day, 2 classmates Continue Reading.

Arnold’s father was an abusive alcoholic Nazi cop. He used to beat Arnold with belts. As an escape, Arnold watched action movies, and he developed a love for America. Arnold felt his real future awaited him there, but his father ridiculed his dreams. His father wanted him to be a police officer, but Arnold’s will would not be broken. This belief made it to the Some of the True motivational stories. one day he escaped… .

He was born during a lightning storm. he had a photographic memory. As a teenager, he contracted cholera. For over 9 months, he was bedridden for 9 months and had almost died. He moved to the US in 1884 to work for the famous inventor Thomas Edison. Edison said his ideas were “splendid”, but “utterly impractical”. Now the story evolved as one of the True motivational Stories. The company once offered him $12 million to improve his DC motor, and he did. But Edison didn’t pay and said… Continue Reading.

Some of the True motivational Stories. Kids used to call her “Rabbit Teeth”. Stefani, known professionally as Lady Gaga was also mocked and bullied at school for being weird. She took refuge in music and learned to play Piano by ear. Stafani started performing at open mic nights and school plays. She auditioned for roles in New York musical but never got called back. The bullying continued in high school, where other kids called her “the Germ.” It was difficult… Continue Reading.

A true motivational short story. Maya Angelou stopped talking for 5 years. Maya’s parents divorced when she was 3 years old. For the next 4 years, the children lived with their grandma and their parents never visited. and then one day they were forced back to the city to live with their mom. Months after moving in, 7-year-old Maya Angelou was abused and raped by her mother’s new boyfriend. Continue Reading.

Robert Downey Jr. ‘s dad forced him to smoke weed when he was 6. Robert’s dad was a drug-addicted filmmaker. When his parents divorced, Robert moved to California with his dad. By this time, he was abusing alcohol and drugs every night. In the midst of the chaos, Robert dropped out of school and decided to pursue a career in acting. Success was hard to achieve for him. He was Hired but soon, fired. Continue Reading.

Tony’s Mother poured liquid soap down his throat. Don’t quit in the pit. She had severe addictions to drugs and alcohol and rarely left the house. She was also physically abusive. She would beat his head against the wall until it bled. One day, on Thanksgiving Tony’s family, was hungry and they had nothing to eat. Continue Reading.

“She lived a secret double life.” Don’t quit in the pit, I had gone through 26 years of always being a burden, of always having to be looked after, having to be cared for, Because I’ve always had health issues. Behind the scenes, Sarah’s life was anything but easy. Sarah was born with a condition called Kidney Dysplasia. Her kidneys never fully developed. Before her fourth birthday, she had undergone a total of Seven Surgeries. Continue Reading.

She battled a fatal breathing disorder as a child. Shortly after, her parents divorced, and her dad walked out. Pink was devastated and used poetry as an outlet to deal with her feelings. She found solace in music, performing every Friday night at a local nightclub. She joined an R&B group, but even with a record deal, the band never took off and It didn’t gain any success. She worked her way into another R&B group, this time backed by a famous music producer. Continue Reading.

He refused to fit in. Don’t quit in the pit.  As a child Peter Dinklage underwent painful bone-shaving operations, to combat the side effects of his dwarfism. While watching a recording of his class play, Peter realized he looked very different from the other children. He began to feel self-conscious about his appearance and spent many years feeling angry and bitter because of his condition. He wondered what he had done to deserve such a terrible fate. Peter admits he put up walls around his emotions, in order to protect himself from being made fun of.

Jack Gleeson rose to stardom as the most hated character in the Game of Thrones, King Joffrey. He spent his entire childhood acting at the local community center with his two sisters. one role led to another, and he enjoyed being on stage and soon, gained success. Now adoring fans waited hours to get their picture taken with him. He had a net worth of 8 million dollars. But he spent hours in isolation in his trailer. Continue Reading.

Some Inspiring stories of Freedom Fighters.

A freedom fighter, who sacrificed his life for his dream to see his country free. A True Motivational Story. If you lack dedication and want to light up the spirit to do anything that it may take to reach your destination. Bhagat Singh’s biography is the right story you must read. His dedication to his dream is still remembered today.

A short story of a leader, B. R. Ambedkar, who made India, a country of equals. A man born in a Mahar community, So-called untouchables and later become the most respectable leaders of all time. His life is a story of struggle. True motivational Stories are what his life is. Continue Reading.

An inspirational story of Steve Irwin, who spend, each day of his life till his last day, with the animals he loves. Steve Irwin got a 12-foot long python on his 6th birthday. At age 9, Steve Irwin wrestled his first crocodile and fell in love with these ferocious predators. His father, Bob Irwin, was a noted conservationist, who Steve was desperate to make proud. When fellow animal rescuer Terri Raines saw him saving crocodiles, she knew he was the one. Continue Reading.

Paulo Coelho’s parents forbade him from writing still he refused to conform and wrote in secret. When he was 17, his parents committed him to a mental asylum. he escaped three times. Don’t quit in the pit. Paulo Coelho spent his 20s and 30s living life like a hippie and wandering the world aimlessly. At nearly 40 years old, he wrote his first book. A year later, he wrote the Alchemist in only two weeks, an inspirational story. The book flopped. Even it seems that he had no success and he was crushed but still not ready to give up. Paulo started knocking on doors begging for people to read his book. Continue Reading.

Nick Vujicic’s story is one of the most inspirational stories and True motivational Story. The problems, the reasons, the excuses, you use to hide the pain of even giving it a try, will seem little to nothing in compared to the life of this incredible man. Born with no limbs, i.e. no hands, no legs only a little flipper alike leg. Born with no limbs, Nick Vujicic lives a life which can only be imagined by most. He is a Painter, Swimmer, skydiver, and a motivational speaker who inspires people with full capability. Continue Reading.